So today my Raspberry Pi Model B arrived along with the “Stealth Black” case and a blank 8GB class 10 SDHC card (I selected the one from Locoisle777). I made the order from Amazon on Wednesday afternoon and it all arrived today (3 days later). The total cost of the order was £49.22 (but I had a £50 Amazon voucher to use from Christmas).

I was amazed how small it actually is I was thinking when they said “credit card” size it would be a bit bigger or a lot taller than it is. It is actually the size of a credit card and a bit taller than a DVD box. 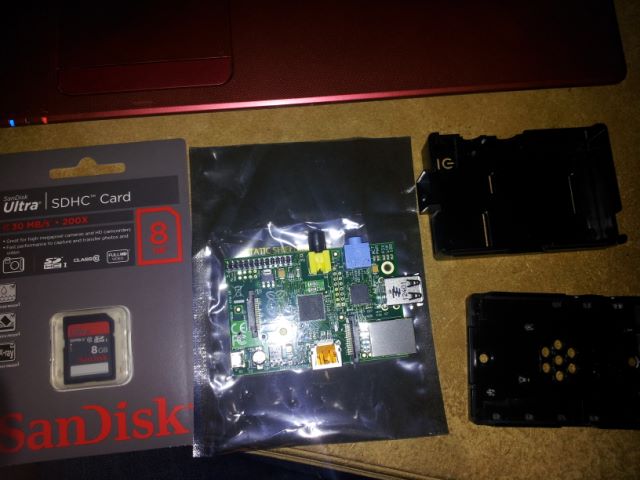 The case was also a very good choice and the Pi fits in with no problems at all with enough space maybe mess around with a power switch or something else later. 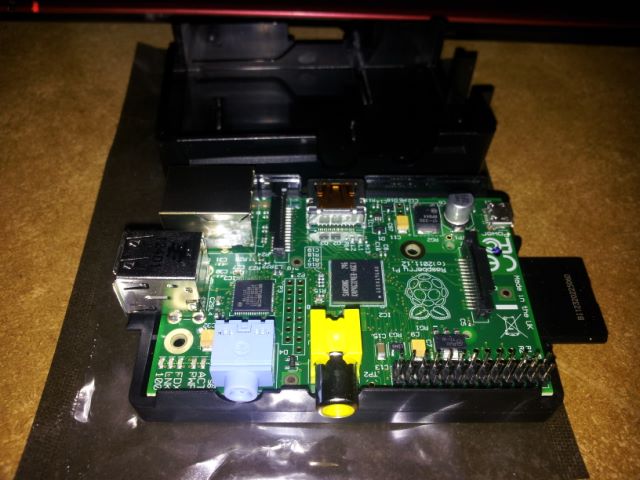 After getting the Pi in the case I had to put the Linux image onto the SD card, As I was on my Windows partition at the time here is the steps I took.

Once formatted I noticed the size of the SD Card was a lot less this is because Windows can’t detect the Linux file system so there is nothing to worry about.

Put the SD Card in the Pi and this next part will depend on what you have around, I didn’t order a power cable as I already knew that the charger for my Samsung Galaxy S2 would work. The other important things that I did not have to hand was a Wireless Dongle or a USB Keyboard (Mine is currently at work). This made things a bit more interesting for me, I attached the Pi using a network lead to my BT Homehub Router and plugged in the phone charger, The lights went on so everything was good.

Now the problem was getting access to the Pi which luckily had been thought about by someone before as the Raspbian image has SSH enabled by default, So I went back to my laptop and opened Tectia SSH Client (Shameless plug). The reason I use Tectia SSH Client over Putty is the GUI and better features, It also supports both SSH and OpenSSH so there are no problems there.

To access the Pi I needed to find the username / password that the image has preconfigured after a quick Google search I came across a very handy list of distros which had the default usernames and passwords for the Pi.

Thats it really, When you first log in you will be told to run “sudo raspi-config” which will help you with keyboard and locale settings as well as being able to turn off the boot into Desktop. Another option worth doing is the Expand RootFS so that you can use the rest of the SD Card.