Making a Raspberry Pi Disk Image is actually a fairly simple process on OSX and you only need to run 2 commands to kick the process off. For a little back story on this one I have a new Pi 2 which arrived today which doesn’t uses a Micro SD and the old Model B uses an SD Card, Rather than using an adapter I actually used an SD Card.

So why a disk image? My old Pi is set up and running Retro Pi and another part of my order was an NFC Expansion and I will cover more on that soon. So between me ordered a part that is designed for the old Model B GPIO and not ordering an adapter for the Pi 2 and being too lazy to source all the ROMs again and set up Retro Pi with my USB SNES Controller I went with the disk image.

Lets get on with the good stuff, The first thing you will want to do is put the SD Card into your Mac and run: 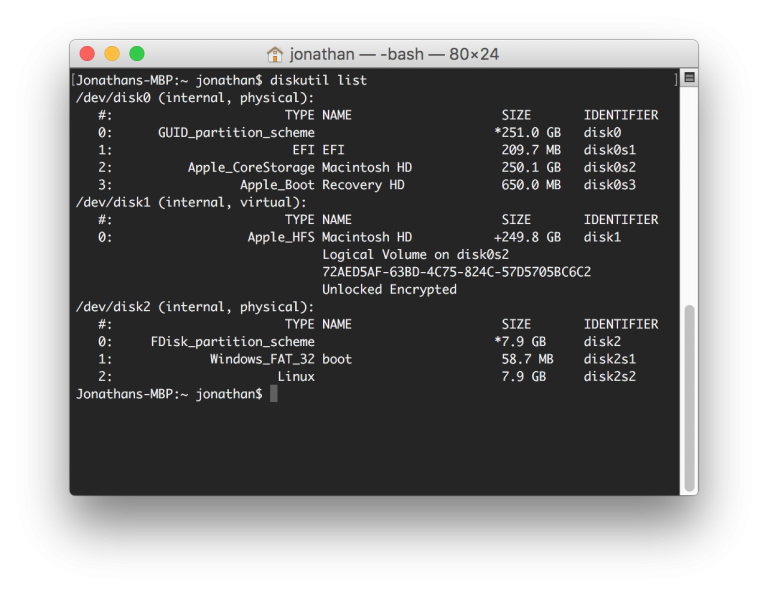 My SD Card was 8GB so looking at the output I can see that it is /dev/disk2, Now we can create our image which we can apply to other cards. The command for this will use sudo so it will require authentication and also the r identifier for the disk: 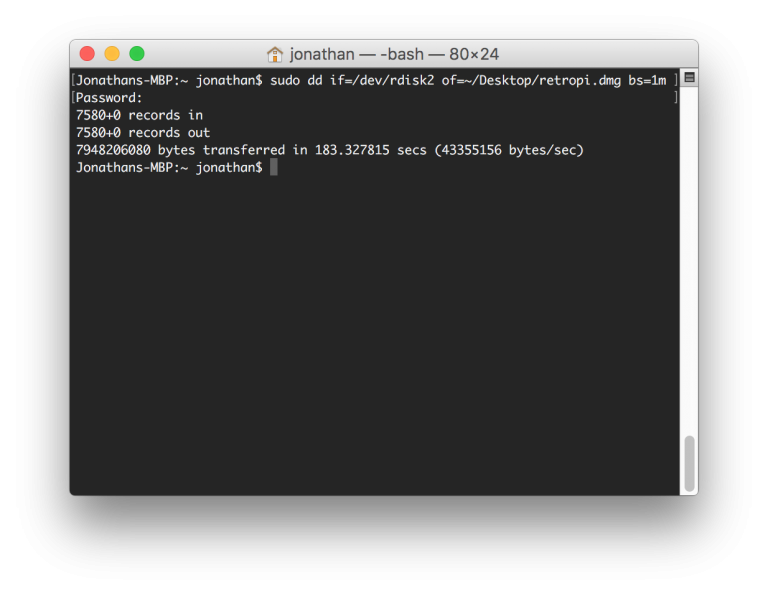 This took about 3 minutes to run and resulted in a 7.4GB dmg on my desktop which I will eventually restore onto the Micro SD card doing the same thing but selecting the dmg as the source and the disk as the desintation.

Newer
Time for change Older
How to install CakePHP